This is a little game I made for an Opera Widget competition back in 2006. Sadly Opera Widgets is no longer a thing so I've re-hosted this here.

Connect the green start pipe to the red end pipe using the pipes from the green tile. The more pipes you utilise the greater your score. The pipe network will be filled once the time expires or you manually fill the network by clicking 'Fill' or the green start pipe. The game will end prematurely if a leaky pipe is found when filling. Scroll down below the game for more info. 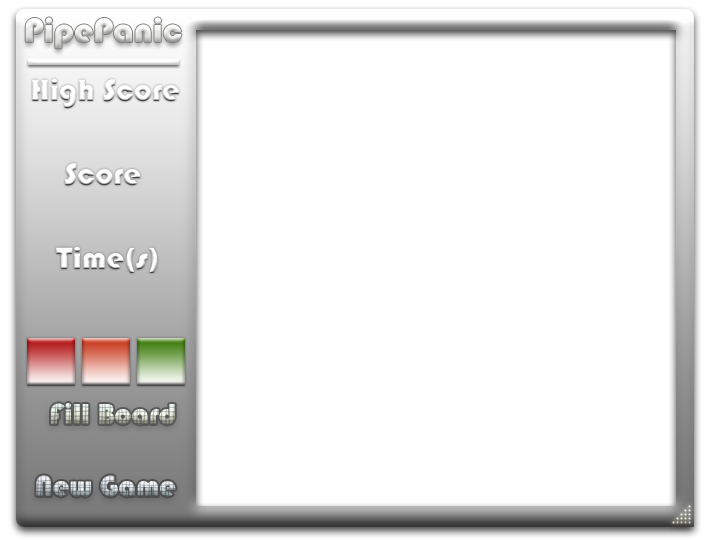 The pipes appear on the preview bar shuffled from a set frequency. Every 105 pipes will include the following:

Familiarise yourself with the pipe frequency.
Attempt to utilise every pipe offered to you overwriting as few as possible.
Build speedily and occupy as much of the board as you can.
Reserve part of the board for placing corner pieces, creating a winding snake from one side to the other.
Filling early rewards a bonus.

This game is based off the game by TheGreenKnight: http://www.users.waitrose.com/~thunor/pipepanic/ which is under the GNU GENERAL PUBLIC LICENSE Version 2, June 1991.

The pipe images used in this are licenced under the Free Art Licence - http://artlibre.org/licence/lal/en